The night with little sleep and lots of drama

Ryan and I took the midnight express train intending to travel from Kluang to Kuala Lipis. There were a couple of 'interesting' incidents.

A woman in her 60s was a chatterbox. Her seat was at the 2 o'clock direction from us. She had to repeat everything she said for at least 5 times. As much as I tried to block her voice out of my head, it was in vain. I only managed to shut my eyes when she stopped chatting which was a rare occasion. One of the funny things that she said was, " 火车没有停居峦啦，难怪酱快啦。它只是有停kluang一下啦！" For those who didn't get the joke, 居峦and kluang refers to the same place 0_o!! Her pronunciation was also off. For example, she kept referring 吉兰丹 as 吉林丹， 回去 as 飞去. 真令人啼笑皆非。

When the train drove through Kemayan, it stopped again in the middle of nowhere. Ryan and I was awoken to a half empty carriage. It then dawn upon us that an accident had happened. Most of the passengers were already alight, joining the growing crowd at the scene. There was a lot of speculations around it. The general consensus was that a car had skidded and plunged onto the railway tracks from the overhead bridge on 光明路。The train driver saw the white Proton car and braked. However, the car was still run over by the train and dragged along for about 100m. The passenger survived but the driver was killed. It took about 2 hours for them to rush the survivor to the nearest hospital and to tow the car away from the rail. It sounded as if there was a lot of excitement. But we were just stuck in the train and bored. haha.

So the estimated time of arrival was 3.30am. We reached Kuala Lipis at 6.10am. After a plate of spicy fried noodles, we headed home. I only managed to force my eyes open at 11am.

Mom was so worried when she heard about the eventful journey. But we could barely feel the impact. Lucky us. I could only feel fatigue :p
- January 06, 2011

haha..that's really eventful! and that part about the accident scares me.

haha, go look at my FB link about the actual accident. When my mom heard it, she was scared too.

Never speed on the road. haha. 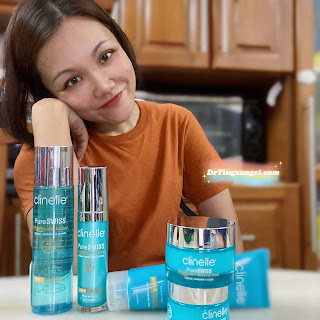