I have never had much of a nose bridge. Typical Asian feature :p It could be a nuisance at times. Especially when I want to wear my glasses. They would keep slipping off particularly if my face is sweaty or oily. The same goes to my sunnies. This can get pretty annoying, not to mention the lack of aesthetic effect. 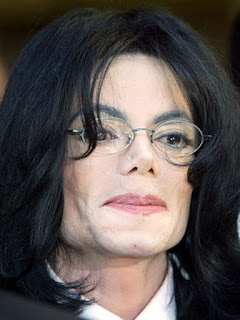 So I have been thinking of enhancing my flat nose bridge for a while. Things are very different from the era of King of Pop Micheal Jackson now. He went through extensive plastic surgery such as multiple nose reductions and steroid injections. This invariably incurs lots of down time, as well as pain and need for painkillers.

Instead, I went for nose thread lift recently at Vogue Clinic. 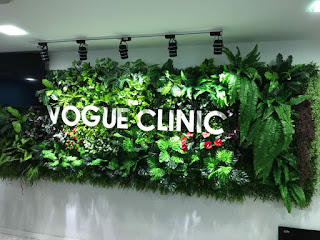 What is nose thread lift?

This is a minimally invasive procedure done bedside by an aesthetic trained doctor. Polydioxanone (PDO) threads are inserted under local anaesthesia. These are 100% biocompatible and absorbable.

How is nose thread lift done?

After numbing cream was applied, local anesthetic was injected along a track under the nose bridge. PDO threads were then inserted one by one along the same track. They were very fine and I didn't feel any pain at all, just some sensation of the threads being pushed underneath the skin.

A total of 7 threads were inserted, the number could vary to achieve certain degree of lifting. The whole procedure took about 15 minutes. This is why it's also called the lunchtime nose job. 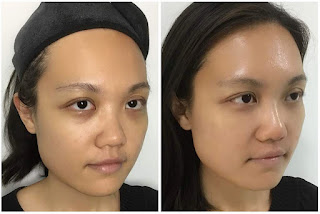 That's me immediately before and after nose thread lift.

It's instantaneous because the threads serve as a scaffold. Downtime is minimal but my nose did swell slightly for 2 days, not really very obvious though. After the anesthetic wore off, my nose felt tight and slightly unnatural but the feeling went off with two panadol tablets. 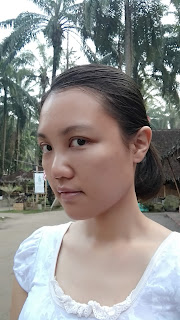 My nose at its most swollen state on second day. 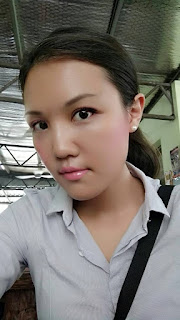 There you go, my more well defined nose! One of the rare times I'm in the mood to put on some makeup.

I like the change and also how subtle the enhancement to my look is. I have never intended to completely change my look. This will easily last 1-2 years. And as treatment is repeated, the effect will last longer as collagen production is stimulated by the threads as well.

Watch this short YouTube video about my treatment process. Just be aware that there are needles and some blood in the video.