Malacca is well known globally as a historic city and a UNESCO world heritage site. But what's so great about it? As a Malaysian, I'll proudly swear by Malacca's awesome food choices as per misstamchiak.com and many instaworthy historic sites like the A Famosa fort ruins, St Paul's church, Stadthuys and Christchurch. But where can we find a way to truly experience Malacca's multiracial culture and unique Baba and Nyonya heritage? It's none other than Encore Melaka! 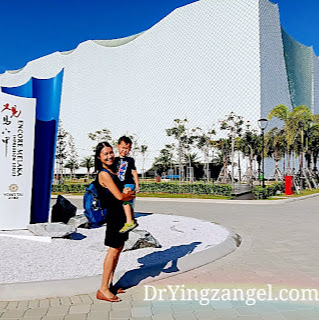 Encore Melaka is a unique performing arts theatre built on reclaimed lands by the straits of Malacca.  So don't be surprised if Waze directs you to drive into the sea! 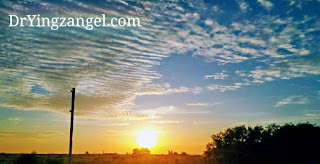 There are currently two shows running daily.  I highly recommend the 5.30pm show because it's just the right time to enjoy an awesome sunset view by the beach by the time the show ends. 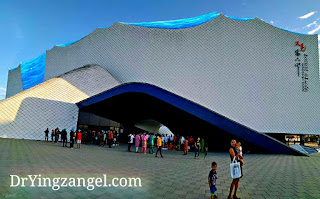 The attractive LED lighting in the evening also makes Encore Melaka such a beautiful landmark in Malacca.

The brief synopsis about the show- the audience was brought back in time to witness how Malacca was first ruled by Parameswara which then became a melting pot of culture with interracial marriage and Baba Nyonya heritage.  Because of its strategic location as an international commercial port, many settlers from China, India and Portuguese have come for business.  But some eventually
stayed behind, started a family and integrated their culture and religion into the local community until today.

But today our focus will be about the intriguing technology and planning that brings Encore Melaka to life.  Encore Melaka is part of the Impression and Encore series,  a brainchild of Chinese leading directors Zhang Yi Mou , Wang Chao Ge and Fan Yue. These are huge names in the  global movie industry.  A total of 5 Impression Wonders has been created, harnessing the power of live performances in natural settings.  I have personally been to Impression Liusanjie in Guilin China and felt so inspired by the performance.  Not only that the opening and closing gala of the 2008 Beijing Olympics was also produced by the Impression Wonder Group. 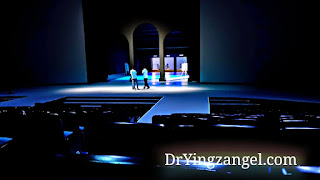 Look at how ordinary the stage looked before the show started. There were 4 thin circular tracks on the ground. Little did we know how important these were until we finished the show. 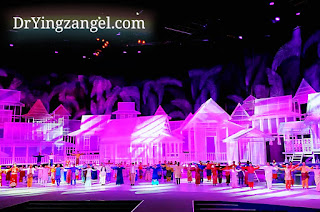 The entrance doubled as the stage. It's 360 degrees rotation with multiple layers and levels. That's why the doors have to close on time. During the show,  one could appreciate faint throttling sounds as the various stages rotated through the front stage. 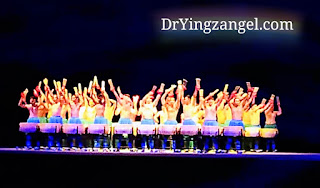 The drum performance was definitely a very well coordinated and impactful part that managed to deliver the message of how big a group the Chinese settlers were.  The LCD background was semi transparent at times,  making the visual representation of them braving the waves and arriving at Malacca by sea.

The LCD projector managed to enliven the performance even more.  It acted as a great way to compartmentalize the show- in one go there can be multiple mini stages rotating through the main front stage, each featuring a distinctly different scene.

For example,  the background was either black or in a patterned background such as a classic Baba Nyonya living room setting.  Each of the mini stages were at different levels featuring various traditions in Baba Nyonya families like traditional wedding,  dances and  tailoring traditional clothes. 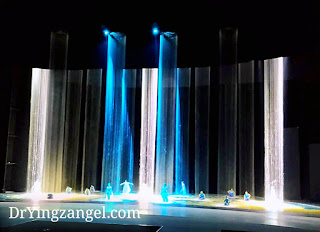 One of the highlights of the Encore Melaka show was the dance in water.  The dancers,  clad in flowy costumes,  danced to depict abstract concepts such as ruin, peace, death and the birth of the multiracial new generation in a wartorn environment.  Coupled with colorful stage lights and most,  it made the performance complex yet attractive . 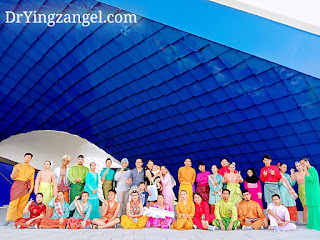 What's more. Every visitor gets to take photo with the performers free of charge! We love their traditional costumes. 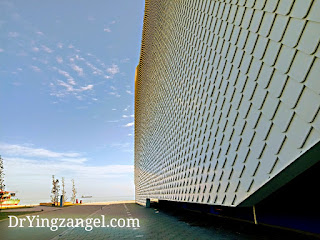 Even if you are not really that much into the show (which is a great shame! Because for someone like me who is not that art and history inclined,  I thoroughly enjoyed Encore Melaka's performance), there are so many instagrammable spots around the theatre. It's just like visiting famous Sydney's Opera House. Encore Melaka has an unobstructed  view of the Straits of Malacca. And it's a perfect spot for sunset. 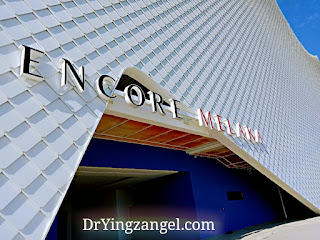 Encore Melaka is definitely a great showcase of the Malacca culture and spirit.  Make it one of your top to visit list in Malacca! For the whole July,  grab discounted tickets at Encore Melaka! 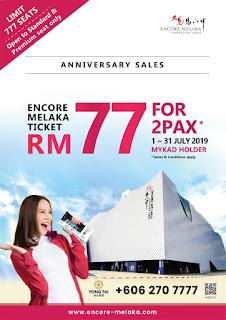 Did you receive payment or got free admission to see the show?
Think should be declared accordingly, especially when you are seen soliciting for so called collaboration on TripAdvisor!
To be honest, never seen such a “cheap” doctor!

I like it there, the show is so mesmerizing. 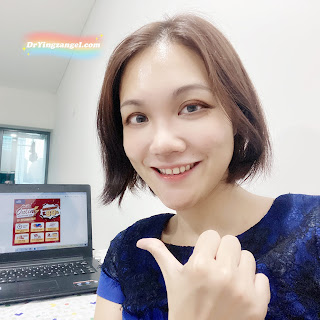