The headlines in 2021 is none other than the COVID-19 Vaccine, particularly the Pfizer vaccine which seems to be 95% effective. The original research paper is here on BMJ, a reputable journal. 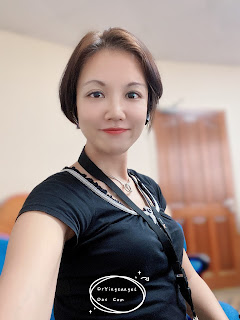 Instead of me ranting about the vaccine, hear it from Dr Leong Hoe Nam, an Infectious Disease Consultant from Singapore.Even though there is plenty of promising data regarding vaccine efficacy and safety, there seems to be even more articles mentioning the side effects. This makes us, even myself hesitant to get jabbed. So this is me attempting to debunk as many myths from a physician's point of view.Headline 1: Hundreds of Israelis get infected with Covid-19 after receiving Pfizer/BioNTech vaccine.The article goes:'Israel's health ministry tested 189,000 people after they received Pfizer's vaccine and 6.6 percent of the people, including 69 who had received two shots, still tested positive for COVID-19, according to media reports.' Most vaccines need a booster dose, including Pfizer COVID vaccine which needs 2 doses 3 weeks apart. Vaccine works by introducing our immune system to the virus which will in turn develop antibodies to protect against future 'real infection'. This takes 10-14 days which will total up to about 5 weeks since the first vaccination. Therefore, the Israelites tested COVID positive were still not protected against the infection yet-- this is why it is still important to maintain SOP after vaccination.FROM THE CDC: 3,150 people vaccinated in ONE DAY are "unable to perform normal daily activities, unable to work" after vaccination. " This is a massive 2.7% of people after having the Pfizer vaccine. "Like all vaccines, this vaccine can cause side effects As high as 25% in the study. Most side effects are mild or moderate, and usually get better within a few days. As massive vaccination programs are launched internationally, it is not surprising at all to have 2.7 % people who have self-limiting symptoms after vaccination which will are signs that the immune system is working hard to create antibodies against the virus. Investigation launched as 2 people die in Norway nursing home days after receiving Pfizer’s Covid-19 vaccine.Norwegian authorities have decided to launch the vaccination program among the population at the highest risk of suffering from COID infection-- the old and frail who may not survive even mild infection. Unfortunately they are also those with the poorest reserve against any minor insults to the body. Therefore, Elderly at the higher end of frailty scale is advised against vaccination as minor side effects can be fatal-- namely those who are dependent and bed ridden or terminally ill. 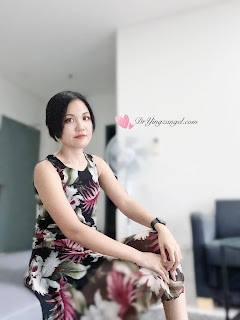 Wife of 'perfectly healthy' Miami doctor, 56, who died of a blood disorder 16 days after getting Pfizer Covid-19 vaccine is certain it was triggered by the jab, as drug giant investigates first death with a suspected link to shot.Dr Michael suffered from an unfortunate illness called Immune Thrombocytopenia which does not have obvious causes. This led to fatal bleeding in the brain. Around three in every 100,000 adults in the U.S. are diagnosed with ITP each year and most resolves on its own without complications. As the CDC reports that nearly 20 million people in the U.S. have received at least one COVID-19 vaccine dose, Poland suggested it's inevitable that a few ITP cases would develop after vaccination, simply by chance.While it is important to investigate whether or not the vaccine may be associated with adverse events such as ITP, just because two things happen at the same time does not mean their relationship is causal. Currently the benefit of vaccination still outweighs the adverse effects.Why is the BioNTech2019 accine only 29% efficacious辉瑞疫苗只有29%保护率？为什么他是多少我都不信 - YouTube

The Clalit Research Institute in Israel has only demonstrated 33% reduction in COVID infection comparing to 52% in clinical trials. This study only included people older than 60 years old.The study population in the original research was carefully selected and given either the real deal versus placebo under strict experimental settings. They may not be representative of the real world experience."As of 9 October, 37 706 participants had a median of at least two months’ safety data available after a second dose. Among these participants 49% were female, 83% were white, 9% were black or African-American, 28% were Hispanic or Latinx, 35% had a body mass index of at least 30, and 21% had at least one pre-existing condition. The median age was 52, and 42% of participants were aged over 55."NHS told not to give Covid vaccine to those with history of allergic reactions. (This article was more than 1 month old)"The Medicines and Healthcare Products Regulatory Agency (MHRA) revised its position on 30 December after careful consideration based on enhanced surveillance of over one million doses of the vaccine in the UK and North America. It found no evidence of an increased risk of anaphylaxis to the Pfizer-BioNTech vaccine among people with serious but unrelated allergy histories and advised that only people who had an allergic reaction to the first dose of this vaccine, or who previously had reactions to any of its components, should not receive it."Do you have anymore myths you want me to bust? Comment below and I will try my best to clarify your doubts. Get your COVID vaccine early to protect yourself and everyone else from catching the virus! 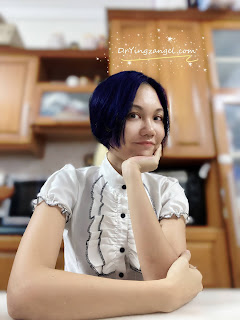